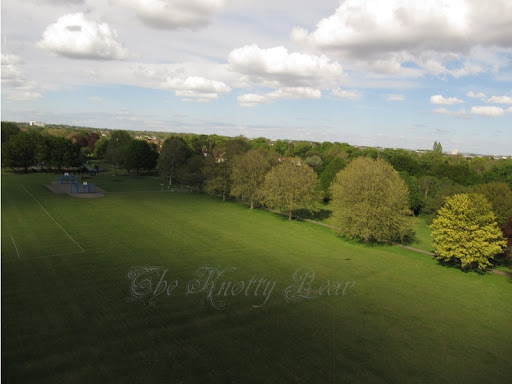 At the moment I am not able to ride much due to back and shoulder issues, so I decided; to help keep the frustration of not riding everyday at bay I would get some of my kites out which I made many years ago and give KAP a try.
KAP stands for Kite Aerial Photography, and though kites and KAP have more or less been thrown by the wayside due to drones, I actually think the act of flying kite which I have hand made, and taking some haphazard photos with a camera dangling 90 meters off the ground much more satisfying.
I have never tried a drone and I probably never will, one of the reasons being my close proximity to Heathrow airport and Northolt air base, making flying a drone a non starter, and a short flight time due to batteries etc... Flying a kite on the other had can be undertaken pretty much anywhere without too much trouble, and the kite will stay up as long as there is enough of a breeze to give it lift. There are however height restrictions in the UK that I try to stick to. 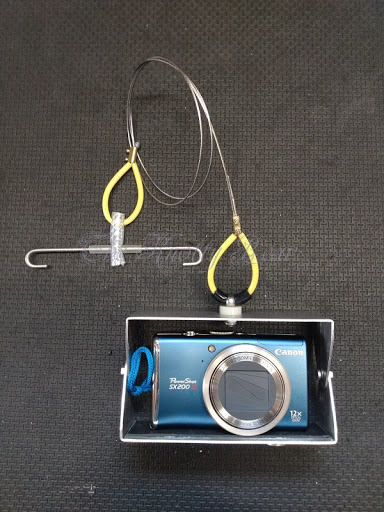 I had an old Canon PowerShot SX200 IS which I have not used in quite sometime, so I built a suspension rig using an old bicycle gear cable, a sheet of battered aluminium which my dad found in the road, a mudguard stay and various bits of tat from my junk boxes. 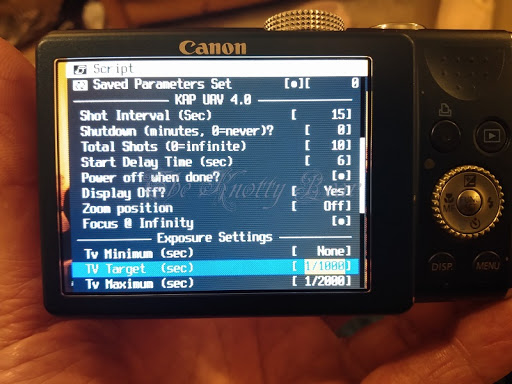 I found on a KAP Facebook group a post about CHDK which stands for Canon Hack Development Kit, a program which you load into the camera via an SD card which changes the firmware, allowing you to program the camera to do all manner of things not possible with the basic camera.
https://chdk.fandom.com/wiki/CHDK
I also added a KAP-UAE script which allows for fully automatic start up of the camera, taking as many exposures as needed at whatever intervals, and will also shut the camera down when the cycle is finished.
You can also interleave video between pictures and control loads of exposure settings of which I have no clue.
https://chdk.fandom.com/wiki/KAP_UAV_Exposure_Control_Script 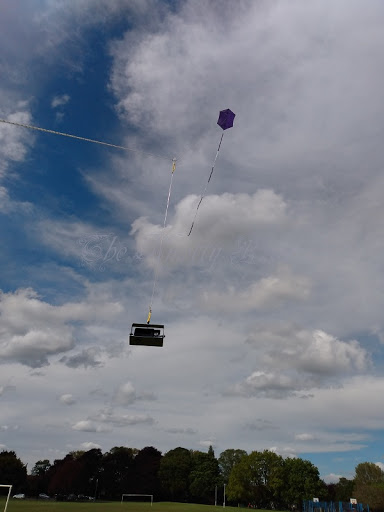 It was very windy and gusty when I took my rig out to test, and I decided to use my 1.5 meter Rokkaku kite, which immediately tried to fly up and vertically above me causing the camera to spin in circles around the kite line. I decide to add a fuzzy tail to the kite to lessen the line angle.
I took around 200 exposures and some videos, most of the pictures did not have a level horizon as the camera is constantly swinging, the use of a self levelling suspension rig called a Picavet might have helped a little but would also have made the set up more complex which I wanted to avoid. 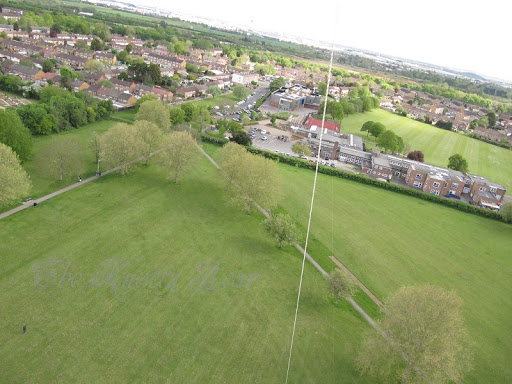 Looking towards Heathrow Airport which fills the horizon, terminal 5 on the far right, and the control tower towards the left of the picture. 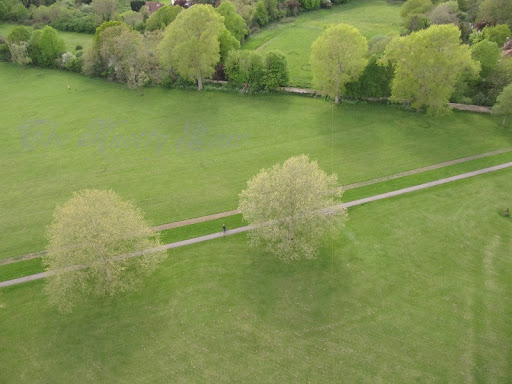 The trees that are just starting to come into leaf and look almost ghostly or powdery. 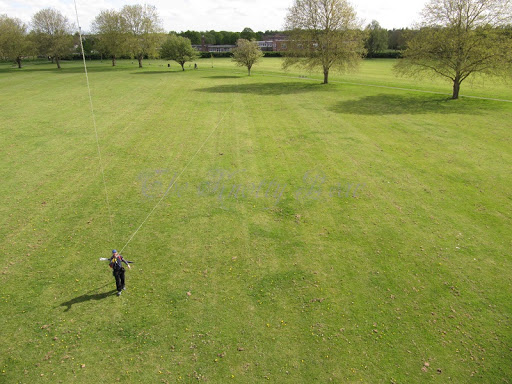 Walking the line down with a pulley to retrieve the camera and change the setting and angles of the camera. the end of the kite line is fixed to a screw in dog stake, this method makes for quick retrieval without having to reel 100 meters of line back in. it is also good for bringing down a strong pulling kite in high winds. 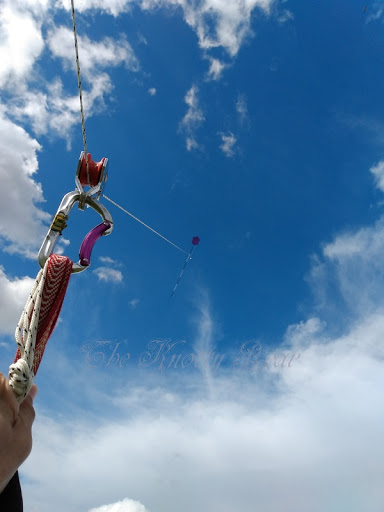 Using the pulley to bring the camera down from my perspective. 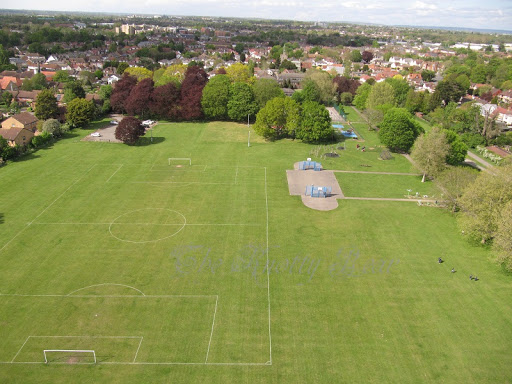 One end of the park. 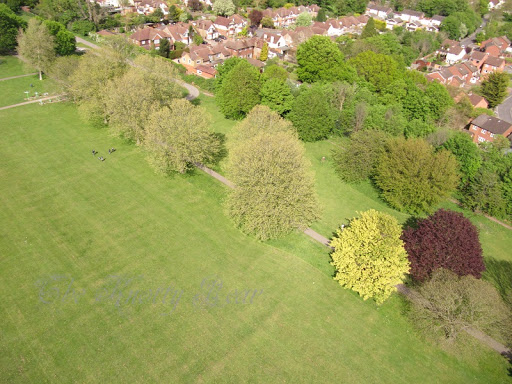 Probably the most in focus exposure. 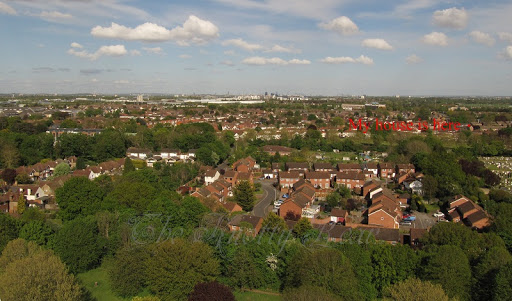 A view looking towards the city of London, Wembley Stadium is on the left of the horizon, and you may not be able to make it out but Canary Wharf and the Shard are also just visible, if a little blurry! the position of my house is marked also. 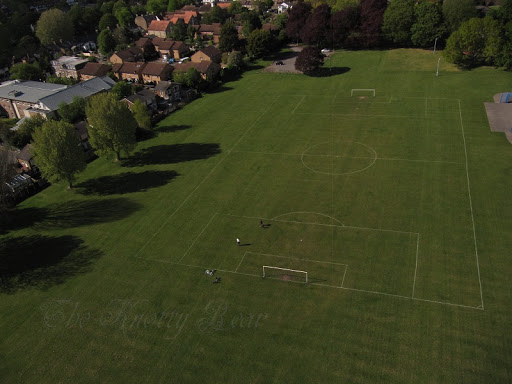 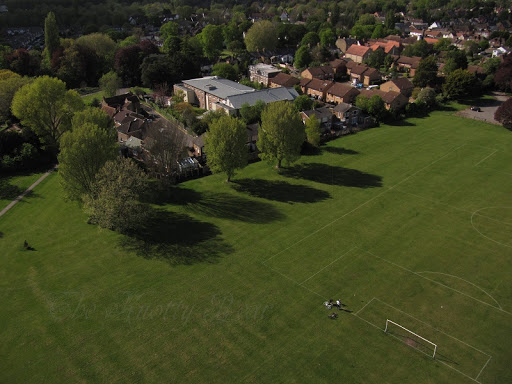 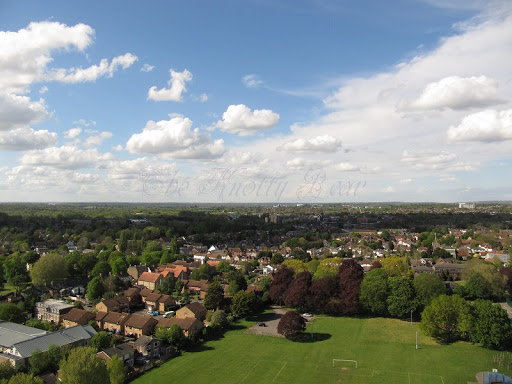 A view looking towards Uxbridge, Hillingdon Hospital is quite visible on the right of the horizon. 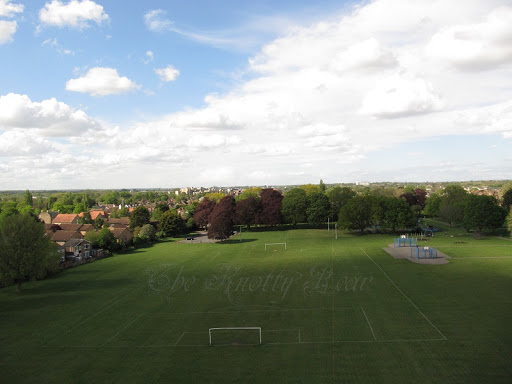 One of the few exposures that had a fairly level horizon. 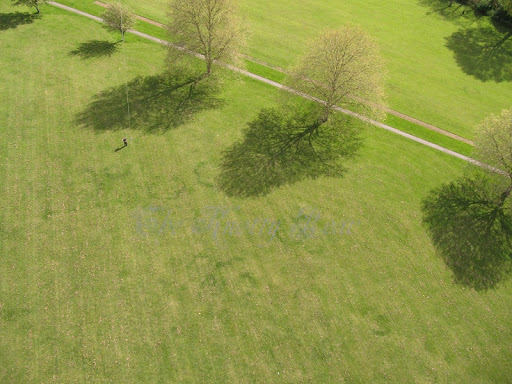 I love the shadows of the trees, a sight not seen on the ground. 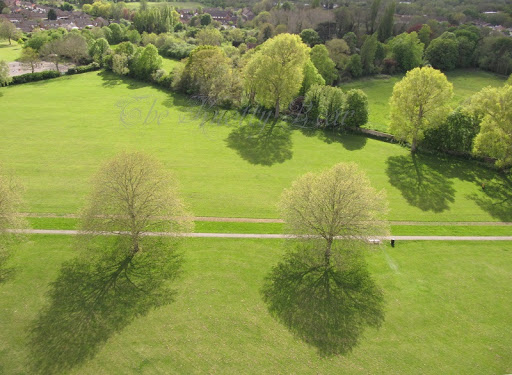 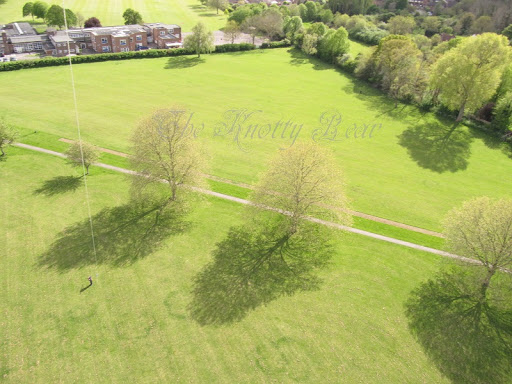 Thank you for looking.
Take care, Barry - The Knotty Bear
Posted by Knotty Bear at 17:39