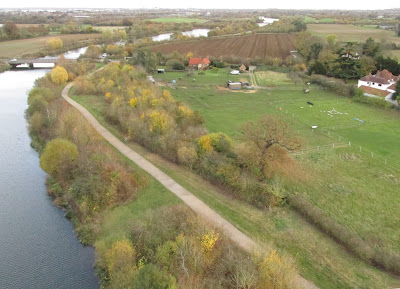 Looking Eastwards along the Jubilee River towards Slough (left), Windsor (right) and Datchet (middle'ish)
After a few weeks of not being able to get out due to my back hurting after work, and the lack of wind when I did actually try to go out, today I finally got out and flew a kite, Yay! though with hindsight of the impending doom I should have stayed in my little warm shed!

I rode to and along the Jubilee River just outside of Windsor, to try and take some pictures of the river. It was nice when I left, sunshine and nice wind but by the time I got there it was grey, cold and blustery.

You can read about the jubilee river here: https://en.wikipedia.org/wiki/Jubilee_River

My friend Adrian joined me and I'm not sure he expected so much fun in such a short time. 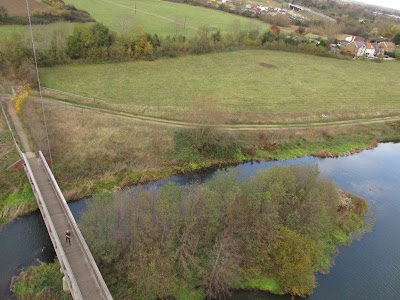 Me on the bridge, but not quite the angle of the bridge I had in my mind.

I had a bit of trouble launching my kite from a bridge I wanted to get in the photos, and due to the wind direction my intended idea of the bridge being in the shots was out of the window.

I made several mistakes today and learned some valuable lessons, I'm really good at that, but I find this the best way to learn, if a little costly sometimes!

Firstly in my haste to fly I fixed a lighter line than I usually use, and with the wind I should have known better, but at supposedly 110dan I thought I was covered.

Next I managed to nick the line in the gate hook of my carabiner somehow but decided this was superficial fluff and carried on sending the camera up. 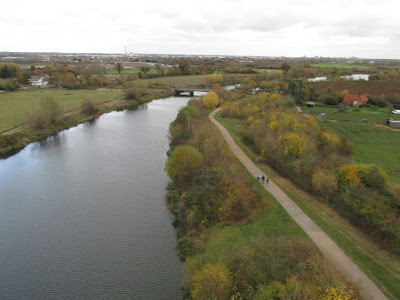 The track on the right runs for 6 miles from Maidenhead to Datchet or vice versa if you like.

After a few minutes there was a little jolt and my kite  separated from the main line and flew off across a farmers field, camera still attached  just and headed towards a tree, the camera slid off the line and went down like it was floating, and the kite stopped in the top of a tree, sigh, I thought I had lost them both, I suppose I should be thankful they didn't fly off over the trees and out of sight across the Thames 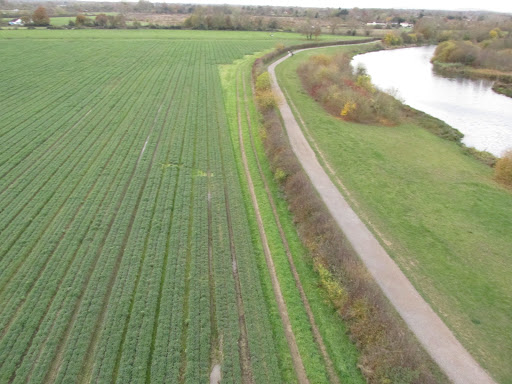 Just after the line broke, the kite and camera are drifting across this nice muddy field.

Luckily the kite was facing the right way and the line attached was plenty and trailed across the field, I was able to fly the kite right out of the tree and saved it with no damage, Yay!

My friend Adrian helped look for the camera and luckily I eventually spotted it nowhere near where we thought it might have landed. 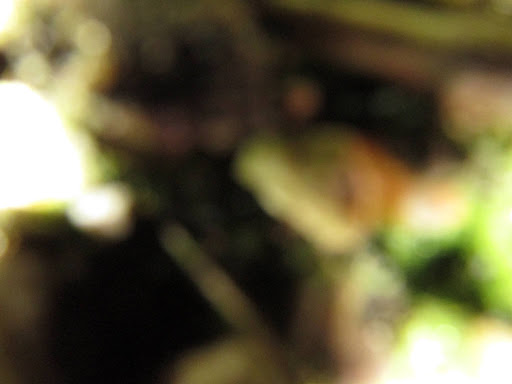 The last picture the camera took before getting some  shuteye in the crops!

Sadly I have no pictures of the kite rescue as taking more photos was the last thing on my mind.

We decided to call it a day as it was so cold and windy and headed off to Windsor for a tea.

Out of 200 photos the last 123 exposures were of the ground from ground level in any case! 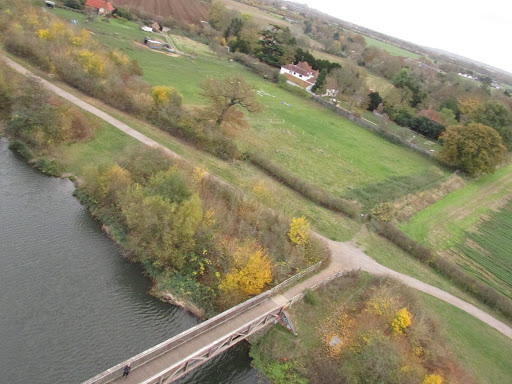 My friend Adrian on the bridge 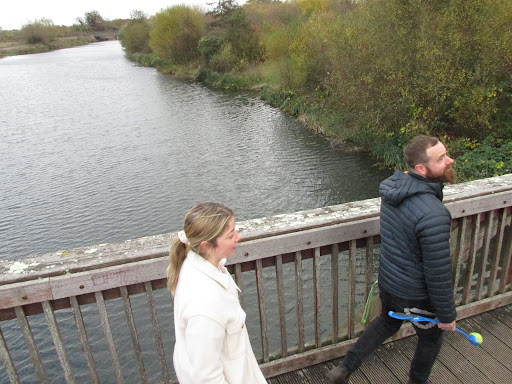 Random passers by just as I launched the camera 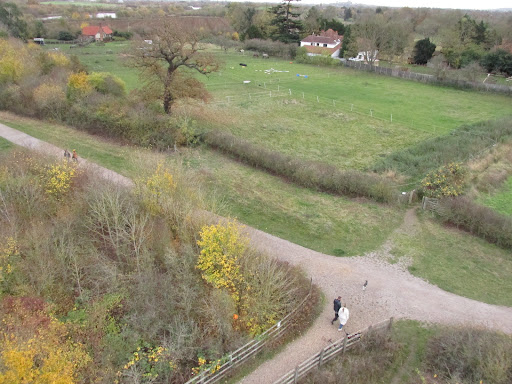 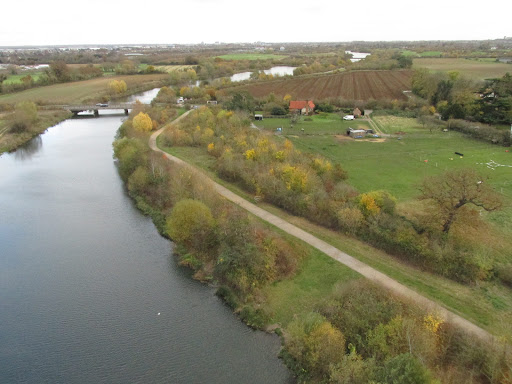